Traditionally, the King of the Arctic is relying on sea ice to find and catch ringed and bearded seals as they are a particularly energy-rich food source. This predator is also an eater of beluga, walrus and bowhead whale carcasses…With each Arctic summer providing more water and less ice, some polar bears are forced to try their luck with seabirds, eggs, seaweeds, Arctic chars, berries and even dolphins. The lack of food and habitat means they are getting more and more creative to stay alive!

The 2 below amazing photos taken by Wildlife and Nature photographer Patrick Reader are showing unusual sightings of Polar bears adapting themselves to climate change by targeting new type of food.

This below first picture was taken in September 2014 in front of Smithbreen glacier in Raudfjorden, North of Svalbard.

This graceful bear had just eaten a white-beaked dolphin carcass which is not his traditional prey! 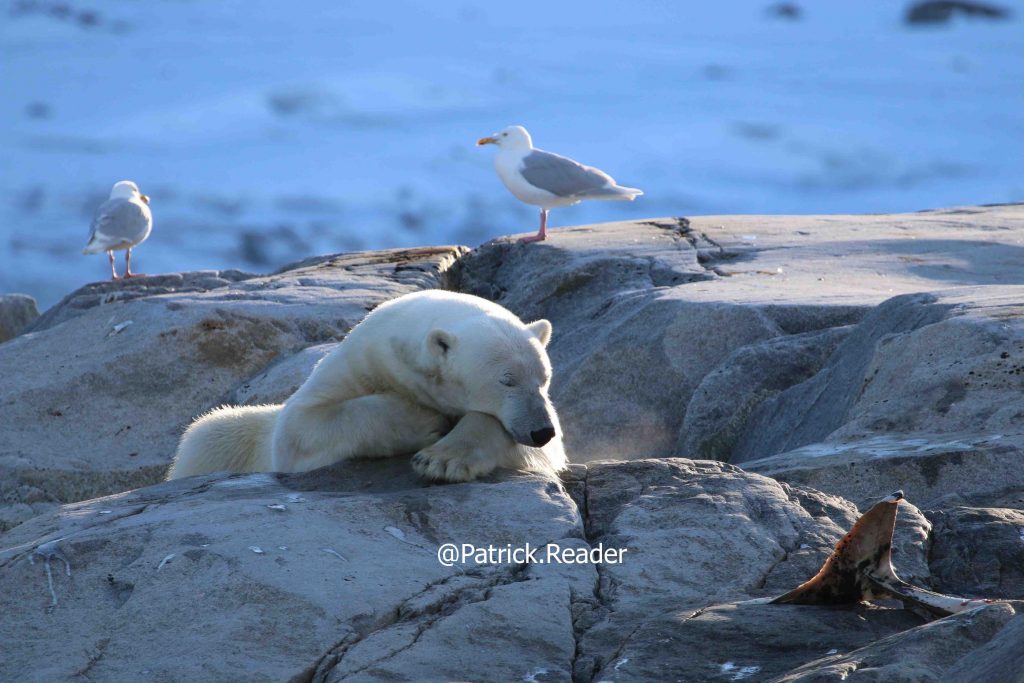 The below second picture was taken in June 2017 in the area of Fjortende Julibukta beautiful bay in Krossfjorden , on the West coast of Svalbard.

This young bear had been playing, mouthing and sucking seaweeds from time to time. For sure, algae and vegetation are not his traditional food neither!. 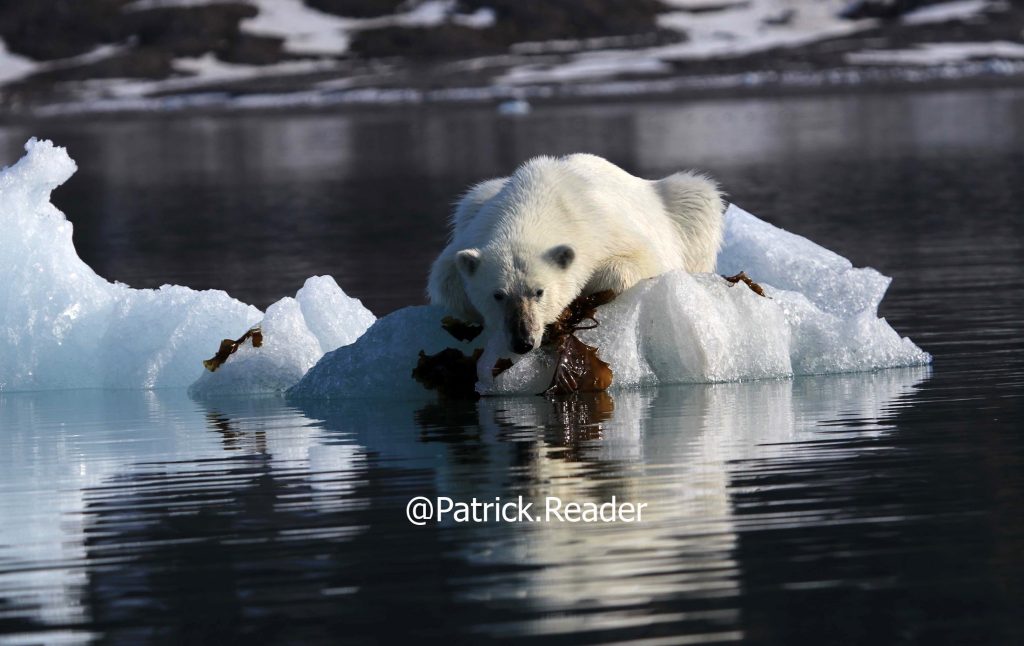 Could we then conclude polar bears are now becoming vegetarian? No, of course! However, this may indicate that seaweeds are giving them some extra nutrients & minerals.

Above all, their ability to find food and develop new hunting skills may prove crucial to their survival!

But, will this new type of food be enough to save the symbol of the Far North? 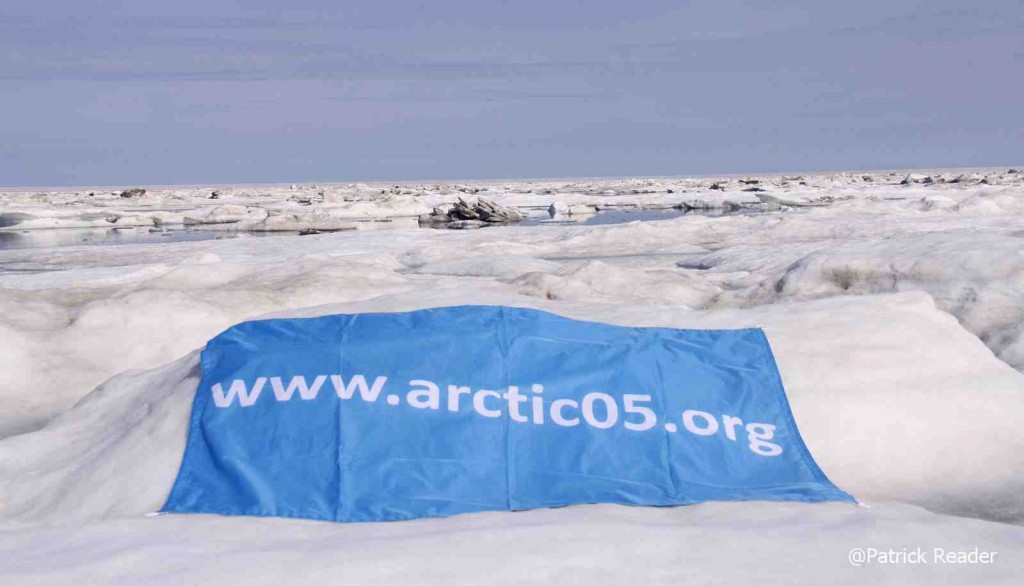