Since 2003, the WWF Polar Bear Tracker offers a wonderful opportunity to follow white bears travelling in several Arctic regions. Their positions are beamed from collars on the bears’ necks, via satellite to scientists. It allows them to get regular updates about how the Polar bears are behaving in their Arctic environment and how they may be affected by climate change.

The Norwegian Polar Institute conducts Polar bear research on Svalbard with the support of WWF. Here below, Polar bears females Snovit (N23979)  and Isdimma N26243 have been recently spotted! Impressive to observe how many kilometers they have been walking/swimming…>> 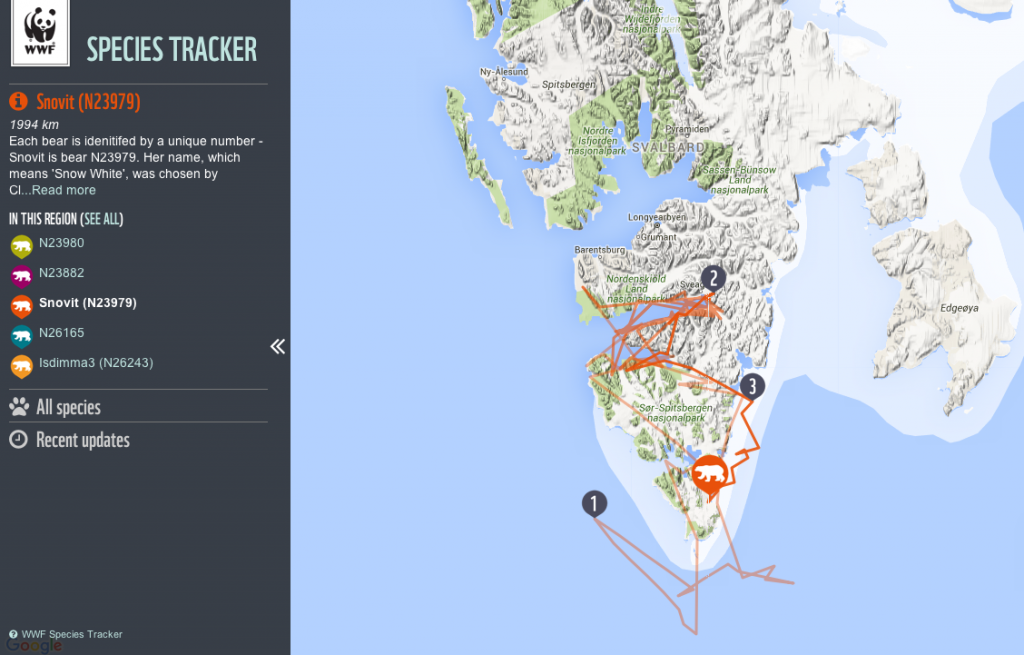 “… Each bear is idenitifed by a unique number – Snovit is bear N23979. Her name, which means ‘Snow White’, was chosen by Club van 100, supporters of WWF-Netherlands. We’ve followed this bear before. She was tagged for the first time in 2008 together with her daughter, N23980. It is interesting that this spring they were captured only a few kilometres apart, and also just a few kilometres from where they were first captured in 2008. She’s only been seen once since then – in late May 2010, she was getting too close to the houses in Longyearbyen and refused to leave voluntarily. She was then tranquilized and moved to Edgeøya, where she found her way back into the fiords on the west coast. She and her cubs have stayed out of trouble with people since. She was accompanied by 2-year-old cubs in spring 2015, but it’s likely that they headed off on their own shortly afterwards…”. 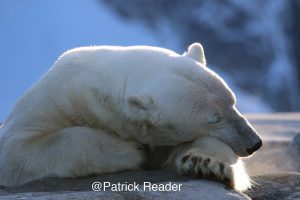 “… Isdimma3 is bear N26243. Her name, which means ‘Ice fog’, was chosen by friends of the Blijdorp Zoo in Rotterdam, Netherlands. All the other bears we’re following on Svalbard are known to the researchers, but N26243 is a new acquaintance. She emerged from a maternity den in spring 2015. She was in the typical condition of a bear with brand new cubs — skinny and eagerly hunting ringed seals on the sea ice. This is quite normal, and female polar bears are adapted to deal with it. Her cubs were healthy and in good condition, weighing 11 and 12 kg…”. 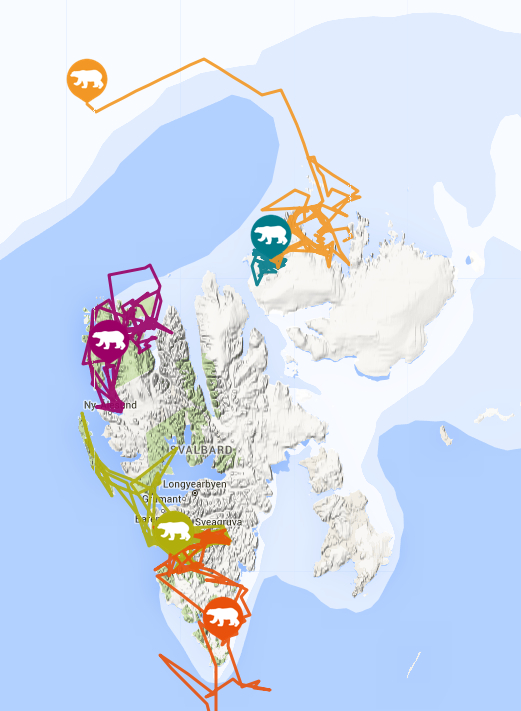