Shell announced today – September 28, 2015 – on its website that it was abandoning its controversial Arctic drilling plans North of Alaska in the Chukchi Sea.

Yes, WE LOVE THE ARCTIC 4 EVER! 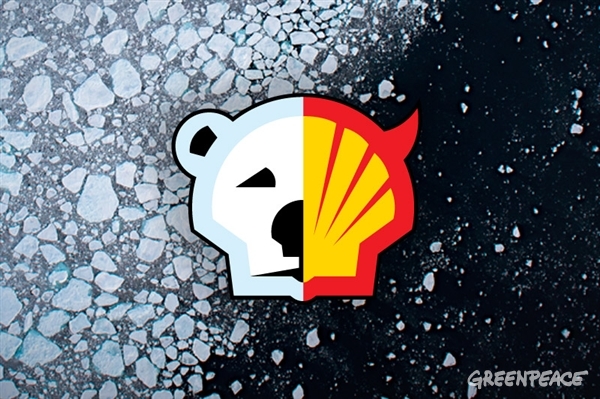 “… Shell today provides an update on the Burger J exploration well, located in Alaska’s Chukchi Sea. The Burger J well is approximately 150 miles from Barrow, Alaska, in about 150 feet of water. Shell safely drilled the well to a total depth of 6800 feet this summer in a basin that demonstrates many of the key attributes of a major petroleum basin. For an area equivalent to half the size of the Gulf of Mexico, this basin remains substantially under-explored.

Shell has found indications of oil and gas in the Burger J well, but these are not sufficient to warrant further exploration in the Burger prospect. The well will be sealed and abandoned in accordance with U.S. regulations.

“The Shell Alaska team has operated safely and exceptionally well in every aspect of this year’s exploration program,” said Marvin Odum, Director, Shell Upstream Americas. “Shell continues to see important exploration potential in the basin, and the area is likely to ultimately be of strategic importance to Alaska and the US. However, this is a clearly disappointing exploration outcome for this part of the basin.”

Shell will now cease further exploration activity in offshore Alaska for the foreseeable future. This decision reflects both the Burger J well result, the high costs associated with the project, and the challenging and unpredictable federal regulatory environment in offshore Alaska.

The company expects to take financial charges as a result of this announcement. The balance sheet carrying value of Shell’s Alaska position is approximately $3.0 billion, with approximately a further $1.1 billion of future contractual commitments. An update will be provided with the third quarter 2015 results.

Operations will continue to safely de-mobilize people and equipment from the Chukchi Sea… further info >> “.