During this month of May 2013, the French sailing vessel Tara will depart for the Great North and is aiming, if the ice and navigation conditions are optimal, to circumnavigate the Arctic Ocean (see below map).

The objective of this expedition with code name “Tara Oceans Polar Circle 2013” is to sail 25.000km during 6 months via the mythical and difficult Northwest and Northeast passages and to achieve several scientific and academic studies. Follow then their adventure at the heart of the Arctic ocean on   www.arctic.taraexpeditions.org

“… All the scientists and institutes involved in the Tara Oceans 2009-2012 expedition will participate, along with Canadian & Russian laboratories specializing in Arctic research. During the Tara Oceans Expedition 2009-2012, only the Arctic Ocean was missing in our effort to collect plankton from all the world’s oceans. There is therefore great interest in comparing  biodiversity in the Arctic with other oceanic regions, especially in the context of the major  transformations taking place. In fact, the summer of 2012 marked the most extensive Arctic ice melt ever observed. The Tara Oceans Polar Circle 2013 research will be conducted around the borders of the ice pack where planktonic activity is the most important. In addition to this global biological approach, oceanographic and chemical analyses specific to the Arctic will be undertaken. Our aim is to understand the vulnerability of polar biodiversity in the face of human activity; how melting of the ice pack impacts the polar marine ecosystem and what types of pollution come into play in these remote areas….  further info on Tara Oceans Polar Circle 2013 >> ” 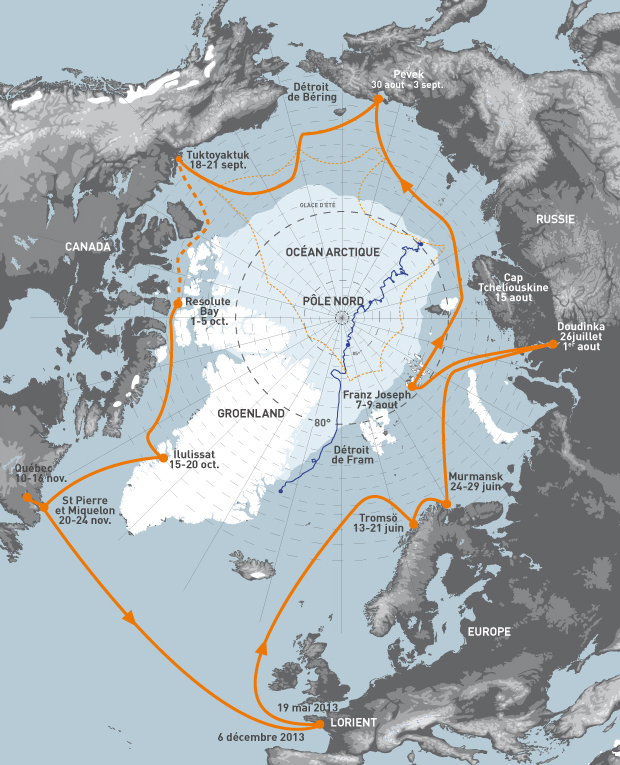