According to researchers with World Weather Attribution, a startling heat wave saw temperatures in the typically frigid Arctic rise more than 15 degrees Celsius above average in November and December 2016!

A real concern is if the ice disappears in the summer from the Arctic, is all that dark water and 24 hour day sun means that water will warm up a lot and the Arctic will warm up much more rapidly… with strong negative consequences on Arctic wildlife, Inuit communities, different cities around the world… in brief, humanity! 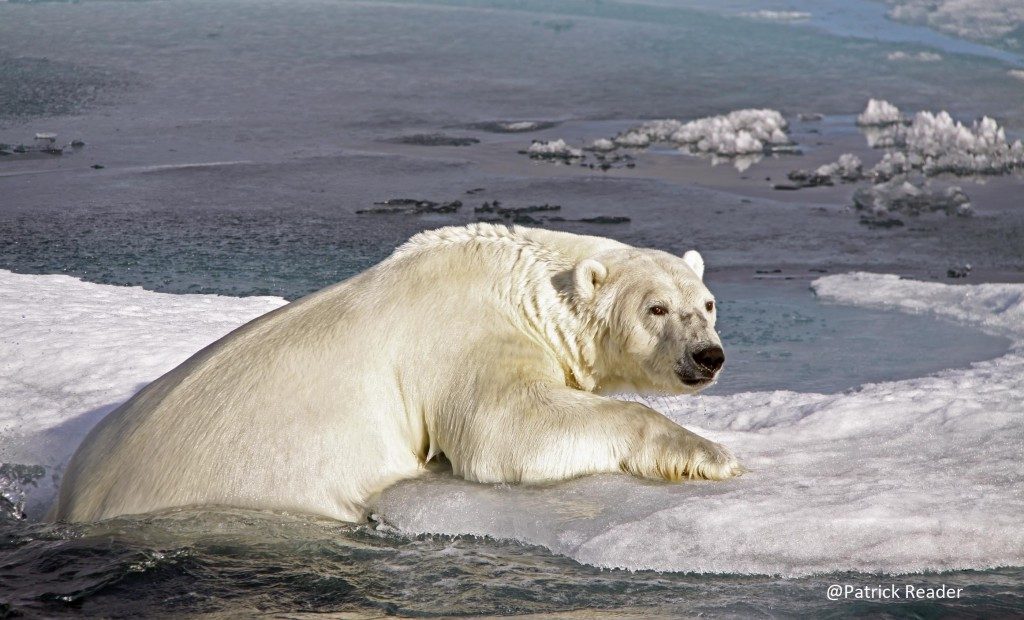 “… Extreme warm events in the Arctic extend into biological and social implications. Unlike the Antarctic, Arctic lands are inhabited and their socio-economic systems are greatly affected by the impacts of extreme and unprecedented sea ice dynamics and temperatures.

Recent work by Henri Huntington and colleagues reported on these effects on the timing of marine mammal migrations, their distribution and behaviour and the efficacy of certain hunting methods in the Beaufort Sea. Less than a month ago, Forbes and colleagues reported on the relationship between unseasonal sea ice decline in winter and the enhanced probability of rain-on-snow events in the Yamal Peninsula in north-Western Siberia.

While rain on snow does not cause problems in spring, it can be catastrophic for reindeer in the autumn when rain turns to an ice crust as plummeting normal temperatures return. This crust, often several centimetres thick, prevents the reindeer from feeding on fodder beneath the snow throughout the winter months… Read the all article >> “.