The below video is for me the best short clip ever made around Global warming and how we expect world leaders to Act and Take strong measures to Save Our Lovely Nature!

This great awareness video was in fact produced on the Belgian coast in Oostende and launched in 2008. Since then, what has been done by our politicians? Very little…Too many are happy to speak about the issue, but their promises have often turned out to be just a load of hot air!

Let’s all raise again our voice in the same way many are since 2008! We need strong leadership on climate change during this December 2015 at Paris COP21 and for sure in the coming months!

Mr the Politicians, you had many opportunities since 2008, Paris COP21 may be your last chance to ACT TO SAVE OUR LOVELY PLANET and THE ARCTIC IN PARTICULAR!!! 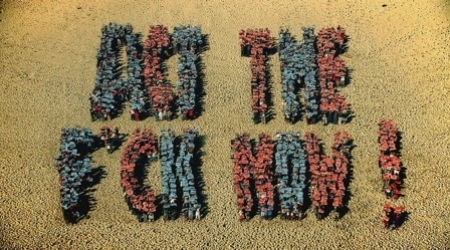