US President Barack Obama will use his trip to Alaska later this month as the backdrop of a message to the world about climate change, he announced in the below video  posted on the White House website.

Mr Obama said in this video dated August 13, 2015 : “… In Alaska, glaciers are melting. The hunting and fishing upon which generations have depended – for their way of life, and for their jobs – are threatened. Storm surges once held at bay now endanger entire villages. As Alaskan permafrost melts, some homes are even sinking into the ground. The state’s God-given natural treasures are at risk…When I’m there, I’ll meet with Americans who are dealing with climate change every day, and I’ll talk with other nations about how we can tackle this challenge together…”.

“… Because what’s happening in Alaska isn’t just a preview of what will happen to the rest of us if we don’t take action. It’s our wake-up call. The alarm bells are ringing. And as long as I’m president, America will lead the world to meet this threat – before it’s too late…” Obama said in the video released Thursday. 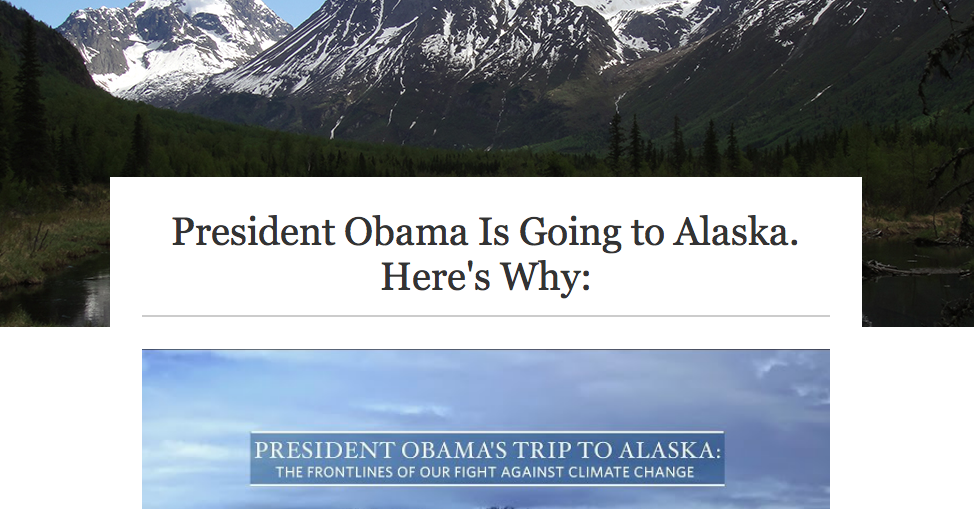