Greenlandic grandiose and beautiful landscapes paintings are on view at “The Greenland of Emanuel A. Petersen” exhibition which is held in Denmark, Copenhagen at Nordatlantens Brygge till August 23, 2015…

Originally trained as a theater-decoration painter, and later employed as a Marine painter at the Royal Porcelain Factory of Denmark, it was hard to imagine that Emanuel A. Petersen (1894-1948) would become such a popular portrayer of Greenland.

“… From 1921 to 1935, Emanuel A. Petersen spent a total of six years traveling through most of the inhabited parts of Greenland. The travels were intended to provide him with material for his portrayal of the Greenlandic way of life, which was rapidly changing due to the Danish influence on the Greenlandic society.

His images of places and the everyday lives of people during this last chapter of Danish colonial rule roused a significant cultural and historical awareness, placing his works in high demand among both private collectors and the Arctic collections around the world.

Emanuel A. Petersen had great love for the Greenlandic flora and fauna, for the people and their hospitality, as well as the Danes, who served in these remote areas. Having produced nearly 2000 works with motifs from Greenland, Emanuel A. Petersen has rightly been called the great portrayer of Greenland.

The exhibition is organized in collaboration with Roar Christiansen, Nuuk…”.

View here below other breathtaking paintings of Emanuel A. Petersen : 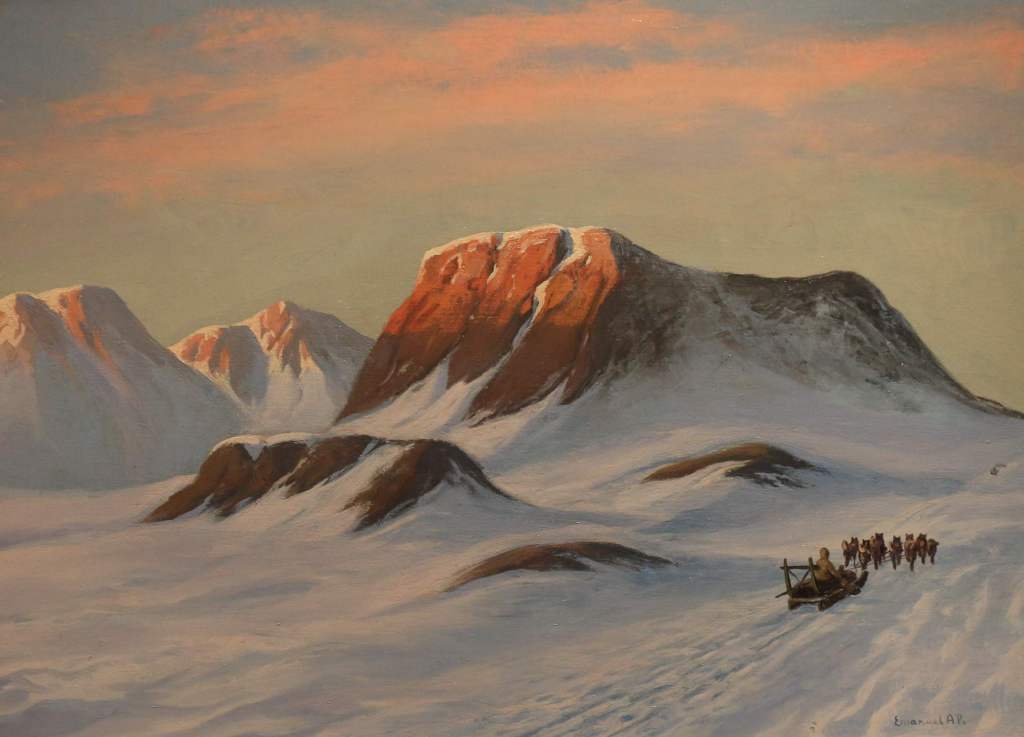 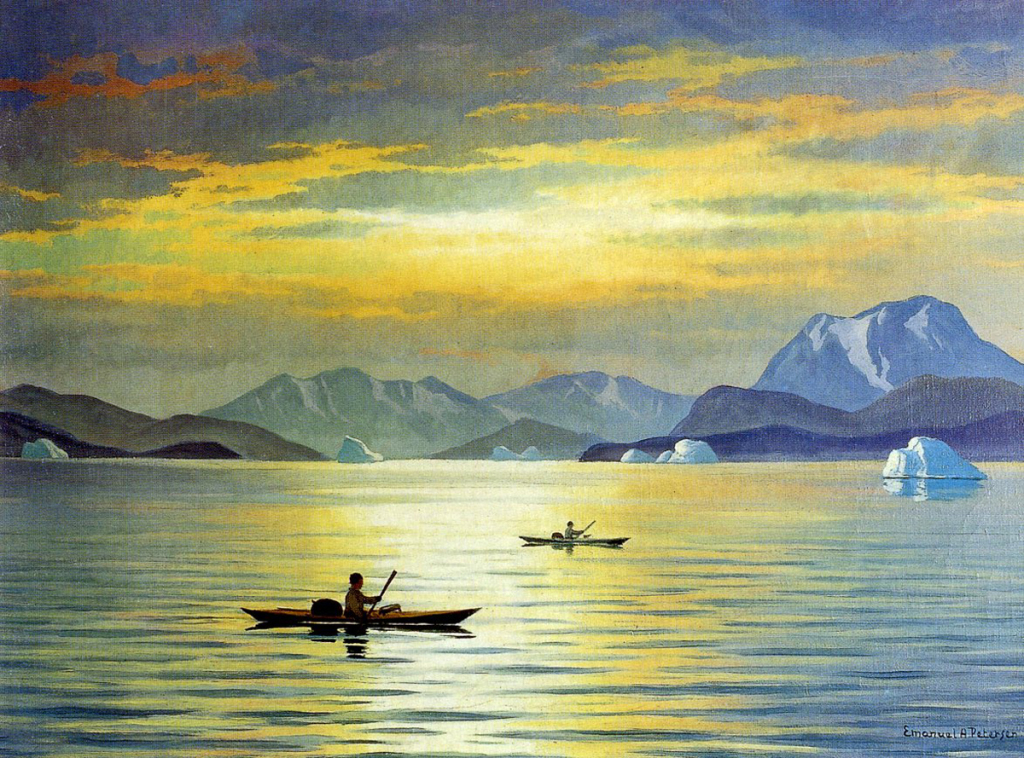 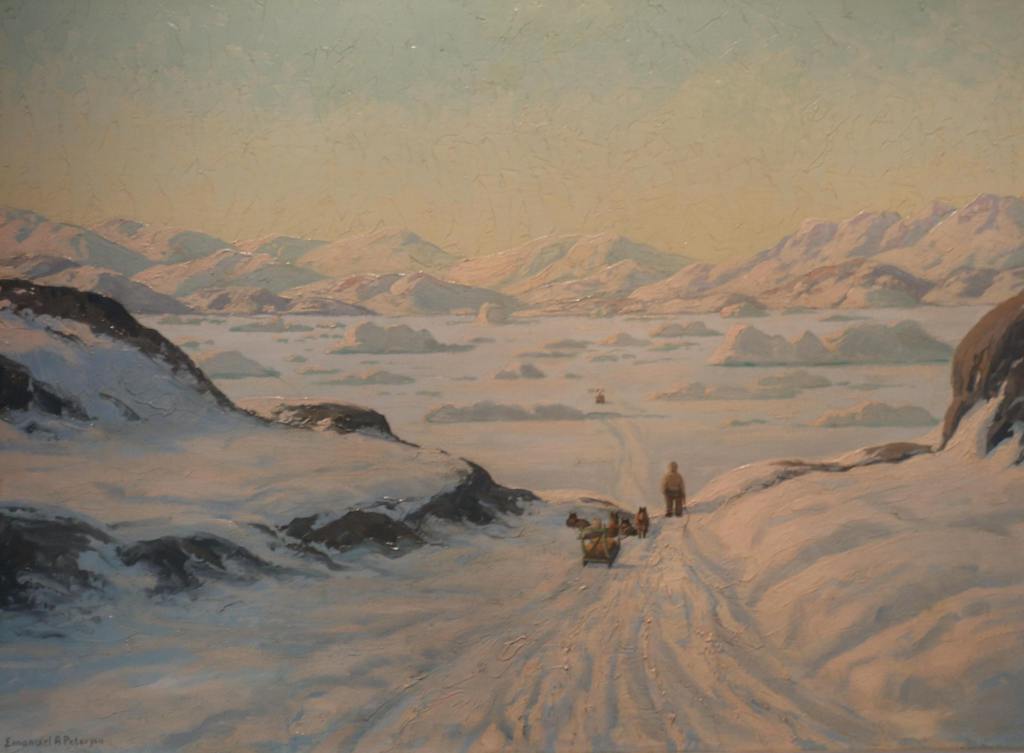 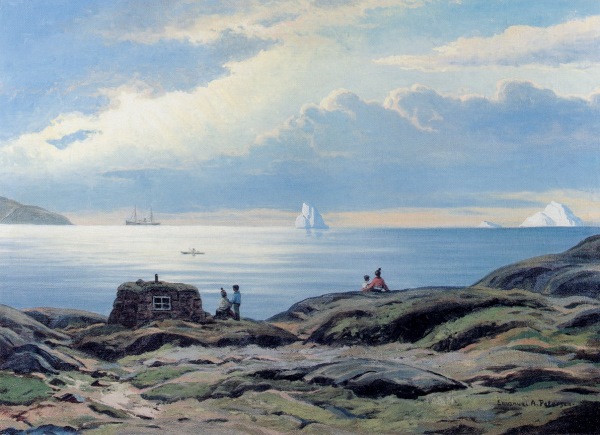