French Polar explorer Eric Brossier is informing us in his newsletter dated 22 October 2013 that  “… Starting today, TV5 is broadcasting (next date is on the 29/10/13 at 10h) the film “Children of the Cold” (teaser video here below), awarded at Filmar 2013, and recently awarded at Dijon Adventure Film Festival. This same prize Alain Bombard was given for the first time in 2002 by Alain Bombard himself, to Vagabond’s crew. 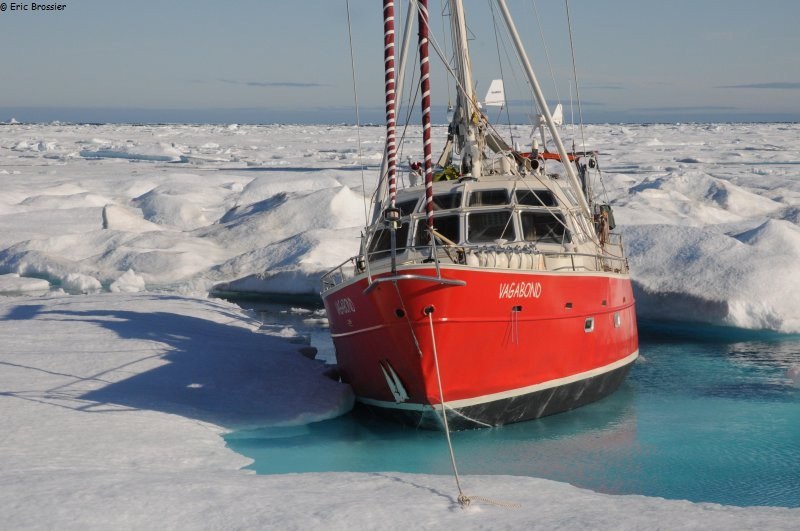 “Children of the Cold” will also be broadcast on Planète+ Thalassa, on November 16th at 22:05 (24 hours non-stop with programs on polar egions). 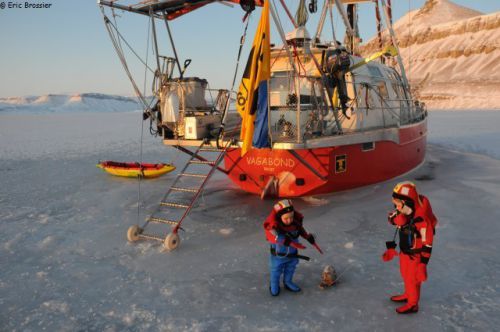 While the sea is freezing over, Valentine Ribadeau Dumas and Vincent Berthet are looking after Vagabond. For a few weeks, France, Leonie (6), Aurore (3) and I are in France to see our families, friends and partners, and to share our experience”.