1st week of October 2013, 30 Greenpeace activists (‘Arctic 30’) of the Arctic Sunrise icebreaker were charged with piracy by a Russian court after their team had sent on September 18, 2013 inflatable boats to the Gazprom platform in the the Pechora Sea to protest against the energy giant’s oil drilling in such pristine environment.

If convicted, the offence carries a maximum 15 year jail term. The Murmansk Lenin District Court ordered that the ‘Arctic 30’ could be detained up until at least November 24th 2013 whilst allegations against them are investigated by the country’s authorities. Lawyers acting to defend the thirty have appealed against their detention. 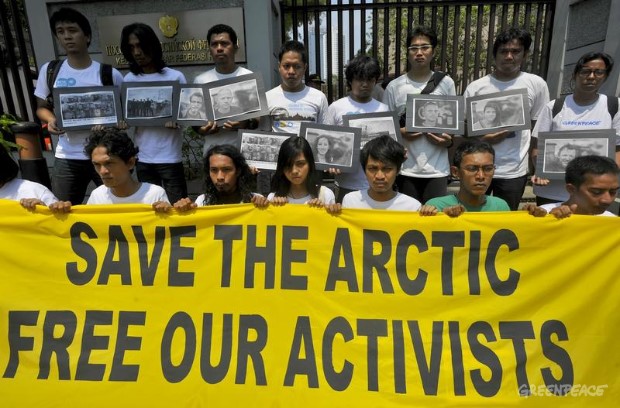 Executive Director of Greenpeace International Kumi Naidoo indicated in a statement: “… The activists were taking a brave stand to protect all of us from climate change and the dangers of reckless oil drilling in the Arctic. Now it’s imperative that millions of us stand up with them to defend the Arctic and demand their immediate release. Gazprom, Shell and the other oil companies rushing to carve up the Arctic and destroy its fragile environment must see that we are millions and we will not be bullied and intimidated into silence. We stand as one, in countries across the world, demanding the release of these thirty brave men and women… more info >>”

Thousands of people were on the 5th of October 2013 taking part in an emergency day of solidarity protests around the world to demand the release of 30 Greenpeace campaigners  imprisoned in Russia. Click here to get the latest updates from the Arctic Sunrise ’30’ activists >> 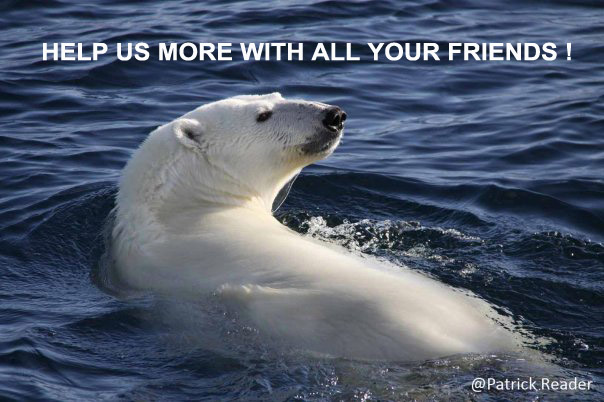 We sincerely believe defending peacefully the Arctic isn’t a crime!

Let’s all be united 4 the Arctic and its wonders!

Join us with all your friends on Arctic 4 Ever to tell us more about your local Green projects!