Four adventurers are now attempting a world first incredible expedition by rowing the 3.000 km Arctic Northwest Passage. The crew has set off a few days ago from Inuvik in the Northwest Territories of Canada their 25-foot long, specially built rowing boat “The Arctic Joule”.

The four men are rowing in continuous shifts, 24 hours a day, seven days a week till they arrive approximately in 3 months at their final destination in Pond Inlet, Nunavut (North of Canada). 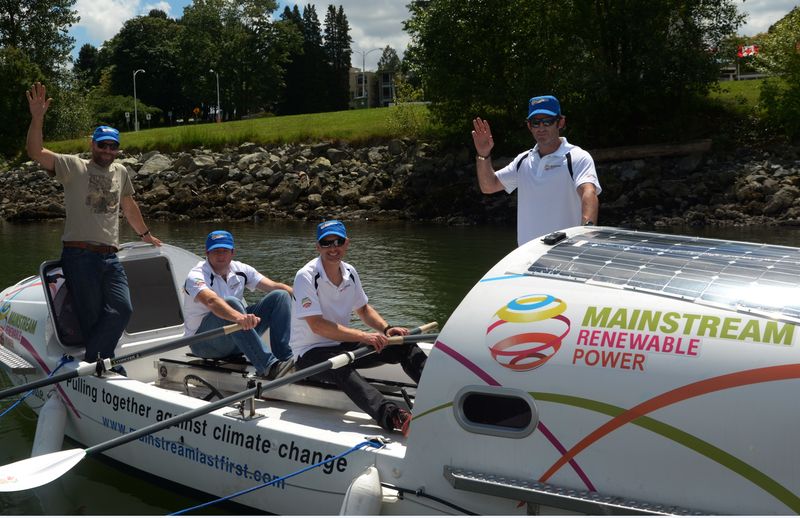 “... Climate change is transforming the Arctic and the world. By traversing the Northwest Passage completely under human power in a rowboat, without sail or motor, the Mainstream Last First team will be able to demonstrate first-hand the dramatic effects climate change is having on our planet. Something like this has never been done before. It is only now possible due to the increase in seasonal sea ice melt and deterioration due to climate changes… ”.

I invite you to support this great Arctic expedition & please send them your warm encouragements!

Further info under www.mainstreamlastfirst.com or/& on their Facebook Fan Page >>