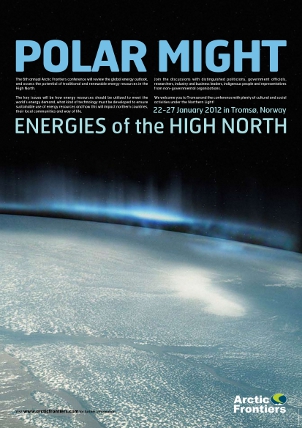 « … Modern civilization has for a couple of centuries heavily relied on burning fossil fuel for development of industry, transport and modern conveniences. There are now 7 billion people in the world, and another billion is added every dozen years with ever increasing demands for energy and other resources. Fast developing economies in East Asia and Latin America have over the recent 20 years lifted 2 billion people out of poverty and into a global middle class. This adds on the increasing demand for resources.

Arctic Frontiers 2012 will discuss the global energy outlook, and assess the potential of traditional and renewable energy resources in the North. The fundamental issues addressed at the sixth Arctic Frontiers conference will be: