« … An International Resource for Education & Outreach – was created to ensure efforts catalyzed by IPY will continue to inspire educators, students, and emerging polar researchers into the next generation of young, international, polar researchers with a shared commitment to outreach and education.

It was a response to continual requests from educators and scientists wishing to raise awareness about the importance of polar science during a time of rapid planet-wide climate change.

The project has received support from a vide range of actors who are part of the IPY community, the World Meteorological Organization (WMO), as well as the University of the Arctic, the United National Environment Program (UNEP), and the organizing committee for the flagship IPY Oslo Science Conference (OSC). The book will released at the IPY Oslo Science Conference being held in Oslo in June 2010… further info under www.ipy.arcticportal.org … » 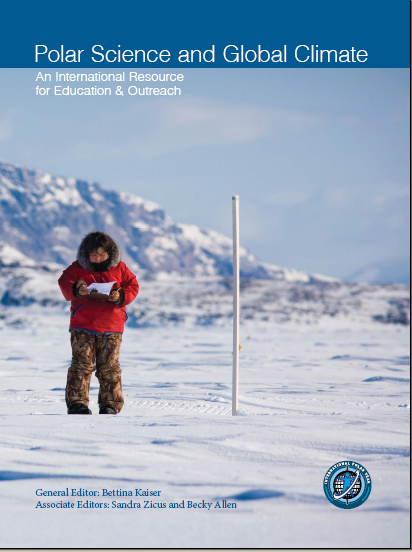