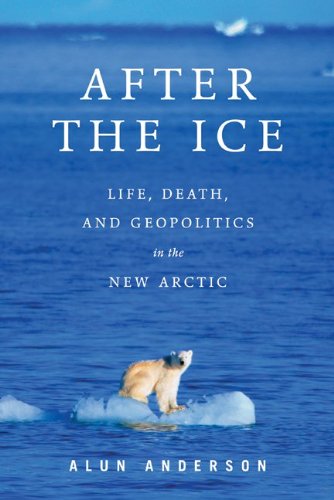 « … An eye-opening look at the winners and losers in the high-stakes story of Arctic transformation, from nations to natives to animals to the very landscape itself.

The Arctic like the canary in the coal mine has reacted more quickly and dramatically to global warming than many had anticipated. Hundreds of scientists are urgently trying to predict just how the Arctic will change and how those changes will in turn affect the rest of the planet. But plenty of other people, driven by profit rather than data, are interested as well. The riches of the world’s last virgin territory have spurred the reawakening of old geopolitical rivalries. The United States, Canada, Russia, Norway, and the Danish territory of Greenland all control areas around the Arctic Ocean. We face a new era of oil rigs and drill ships, of tankers taking shortcuts from Yokohama to Rotterdam, as well as a potential fight over the Arctic’s treasures.

Alongside the winners from an open Arctic sea are the many losers, from the nomadic reindeer herders of Siberia and Scandinavia to the Inuit hunters of Alaska, Greenland, and Canada. Other creatures that rely on the vast expanses of sea ice, including seals, birds, and whales and the ecosystems within which they live—may disappear to be replaced by different creatures.

Combining science, business, politics, and adven-ture, Alun Anderson takes the reader to the ends of the earth for what may be the last narrative portrait of this rapidly changing land of unparalleled global significance… »