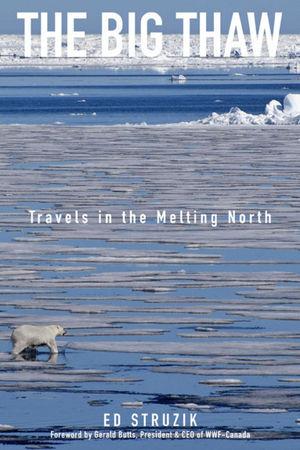 « …For over a year, veteran journalist Ed Struzik traveled north, through Alaska, Canada’s Arctic territories, and Greenland, observing the receding glaciers, dwindling herds, and invading species symptomatic of a world in decline. The Big Thaw details not only the ecological drama taking place in the far north, but the struggles of its native people, the Inuit, to preserve their way of life, and the international battle over which country actually owns the Arctic and its wealth of natural resources. A dispassionate look at both the science and politics that underlie the global warming crisis, this book brilliantly captures the people and landscape of a world literally melting away… »