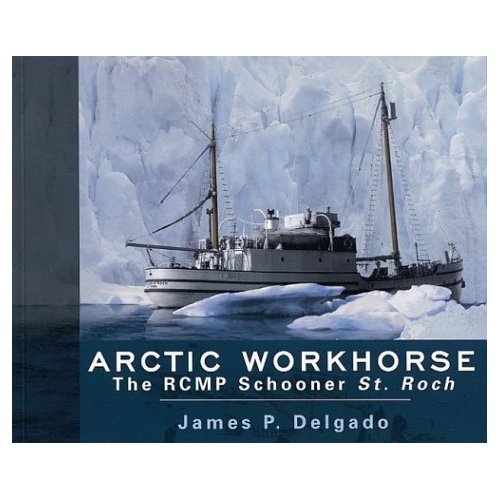 « … The RCMP schooner St. Roch was the first ship to conquer the hazardous Northwest Passage from west to east. Two years later, in 1944, she did it from east to west. During the difficult wartime years, the small vessel established Canadian sovereignty in the Arctic and broadened Canadian control over its vast northern territories. She was also the first ship to circumnavigate North America.

For 20 strenuous years in the north, St. Roch served as a travelling detachment for the Royal Canadian Mounted Police. During the short, ice-free summers, she carried people and supplies from post to post, but in the long, dark winters she was frozen into the ice as a base camp. From there, the Mounties would make long-distance patrols around the Arctic by dog team.