Do you remember Kerstin Langenberger’s image of a starving and skinny polar bear photographed in Svalbard during her July’ 2015 Arctic expedition (see below picture)?

Many people opposed her when Kerstin Landerberger dared to make a connection between the animal’s body condition and climate change! Comments were made about “her” bear being a rare exception (see here her below picture), and that she would be exaggerating the situation.

So in summer 2016, this German wildlife photographer pictured every single polar bear she encountered during her stay on Svalbard (from May to September 2016) and as indicated on her Facebook profile she is  now able to not only to tell but also to show everyone that, no, last year’s skinny bear was not a rare exception! 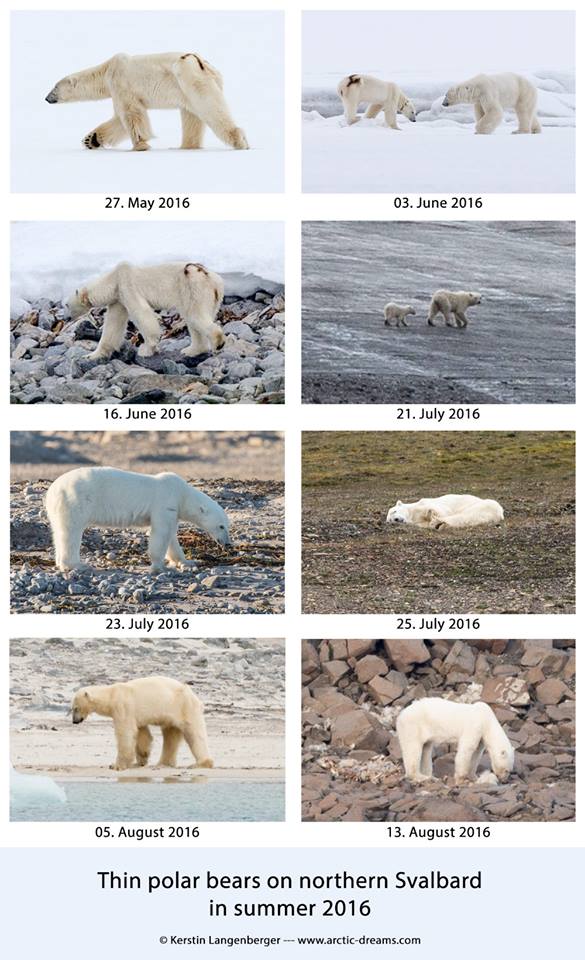 Kerstin Landerberger indicated as well : “… Of course: there is still plenty of “normal” and even fat bears around the archipelago, especially on the pack ice, which is their prime habitat. But with the decline in sea ice, more animals become stranded on land and are having a hard time finding food.

Svalbard seems to experience a very drastic reduction in sea ice right now, with the ice disappearing much faster than anyone expected, whilst the temperatures are climbing to new records nearly every month. It’s downright scary how fast changes are happening up there!

That, I believe, is the main reason why I saw thin bears on a regular basis, and even came across two dead ones. So I’ve made this collage of hungry bears: in their prime age, seemingly healthy – but just far too thin.

I am convinced that climate change has a lot to do with their condition, and that it is more urgent than ever to fight global warming – on a national and international level as well as at home in our every day life!… more info >>“. 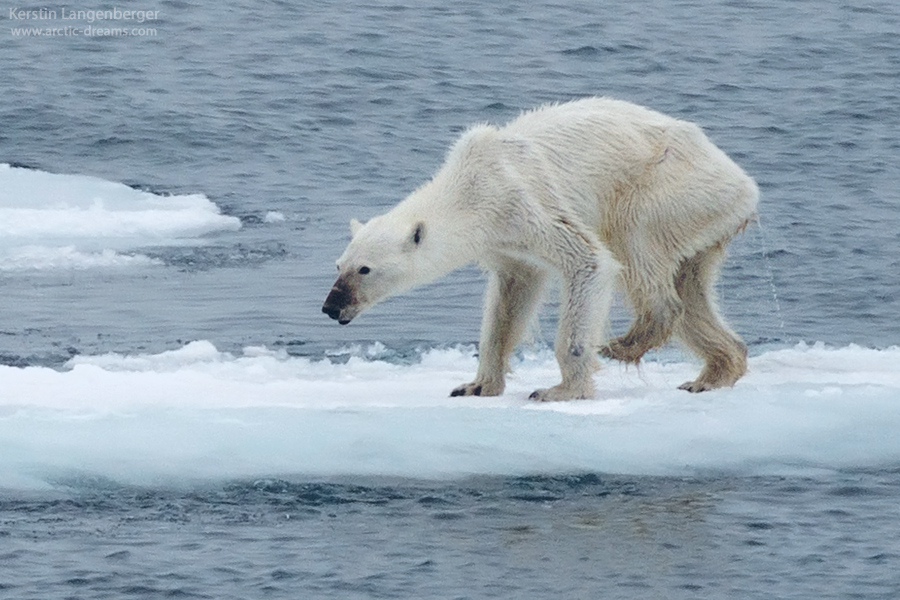 On my hand, this is one of the bears we had the opportunity to observe on August 25, 2016. The other dramatic issue is how thin the Arctic ocean pack ice is…

Here are a few ideas of solutions to reduce global warming >> 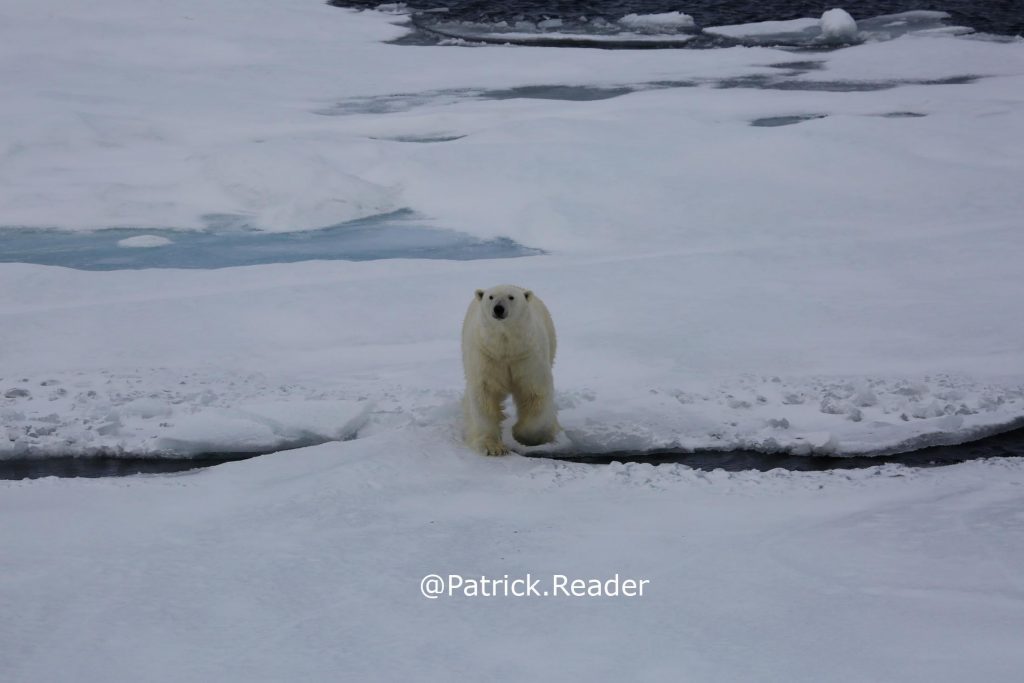