According to findings  by experts from the University of British Columbia presented on February 13, 2014 at the American Association for the Advancement of Science conference (AAAS), the potential deadly parasite called “Toxoplasma gondii” (can cause brain disease, blindness…) has been found in Beluga Whales (or called White Whale) living off in the Beaufort Sea (Western Arctic). 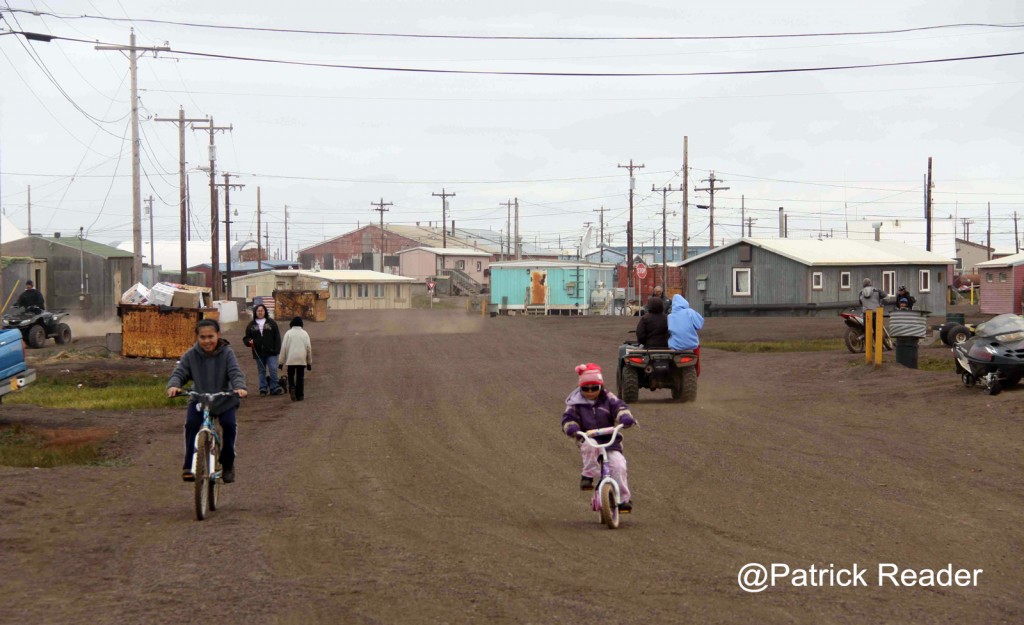 Inuit inhabitants and hunters (even tourists) from Wainwright (picture here above), Barrow, Point Hope, Lonely Point, Kaktovik… in the US and from Canadian Northwest Passage coast villages (Paulatuk, Tuktoyaktuk, Gjoa Haven, Cambridge Bay, Pond Inlet, Resolute…) depend on the whales for meat, and the concern is that they might acquire an infection, either from preparing the meat or eating it undercooked.

This situation reminds me clearly of when I contracted myself a similar potential deadly parasite called “Trichinosis (read here this very interesting & complete study >>) ” in summer 2009 (when I was crossing by sail as a crew member the Arctic Northwest Passage) after eating grizzly, polar bear or seal meat… Awful symptoms (high fever, paralysis-like state, muscle pain…) , I can tell you!

The parasite’s presence in the Far North may be an indicator how the region’s warming climate is permitting such deadly pathogens to move more freely through the environment? The warmer temperatures in the Arctic are conditional for the parasites to survive longer and to have a better chance of attacking a host before dying… further info >>