Why is it different this year? Why are so many whales dying this summer?

The answer is the Royal Danish Navy. Despite the fact that killing whales is illegal under European Union regulations, the government of Denmark has thrown their weight behind the killers. Sea Shepherd, as a non-governmental organization that practices non-violent intervention, is at a complete disadvantage against two Danish warships, their helicopters and their small flotilla of commandos in fast small boats plus the boats and officers belonging to the Faroese police…

Read here their article “The Murder of the Whales, Courtesy of the Royal Danish Navy” >> “. 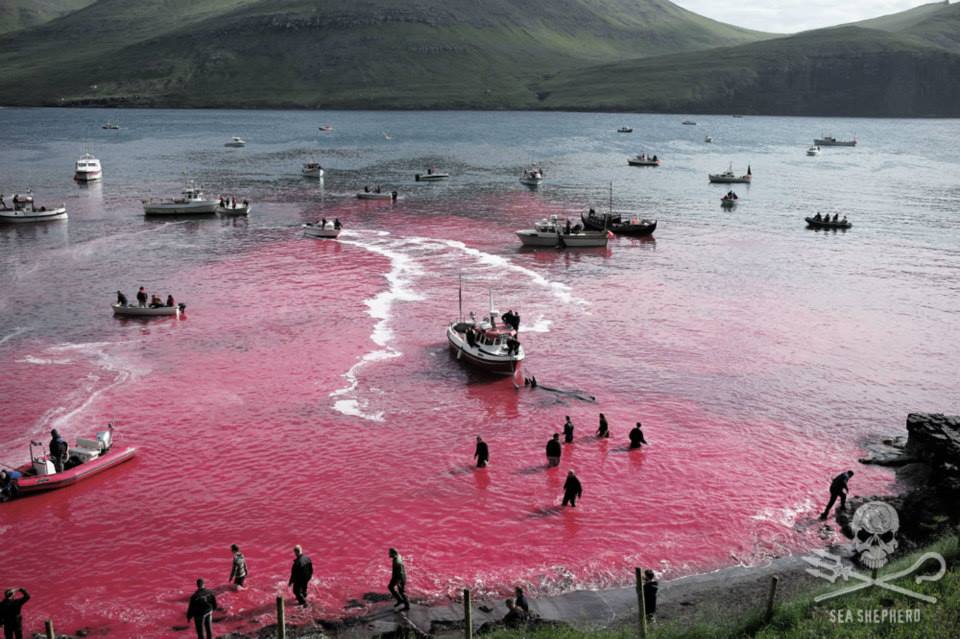