Due to the fact that climate change has hit the Arctic so badly, it is since a few years possible – but still with some “nasty” unpredictable ice conditions – to sail in summer over the top of North America in a single season. Therefore, Sailing The Arctic Race (STAR) is expecting to launch for July 2017 an extreme sailing race from New York (USA) to Victoria (Canada) through the mythical Amundsen Arctic Northwest Passage (see below map).

According to the organizers, the goal of this Arctic race is not solely to master a once-impossible sailing feat but also to raise awareness of issues facing a melting Arctic. Interesting to know the race will stop in Inuit villages as Nuuk (Greenland), Cambridge Bay (Nunavut), Tuktoyaktuk (N.W.T.) and Dutch Harbor (Alaska)… A wonderful opportunity to visit schools during their stopovers to talk about their voyage and the environment…

One could easily argue about how “unconscious” it may be to believe that a “fast race” may occur at such high-latitude with “zero risk” knowing that drifting ice, fog, even sand bars and rock reefs (we did experience it in 2009) will ultimately be the deciding factors … Besides, those who are Far North lovers and adventurers, may just be slightly frustrated that this race isn’t open to any “ordinary sailer” willing to just challenge with their own yacht such a beautiful sea route… Now, for an entry fee of $50,000, and a total cost of $2.5 million per team, STAR is bringing that dream to a select group of extreme sailors looking for new frontiers…

“… In 2017, crews aboard a fleet of revolutionary volcanic fiber STAR46 racing yachts will compete for the glory of being the first to race through the Passage, breaking records for the fastest transit. Fans can get their own taste of Arctic adventure and cheer on the elite sailors at any of the 7 host cities along the race route. Along its 7,700 mile route, STAR will touch all three coasts of Canada as well as parts of the USA and Greenland…”. 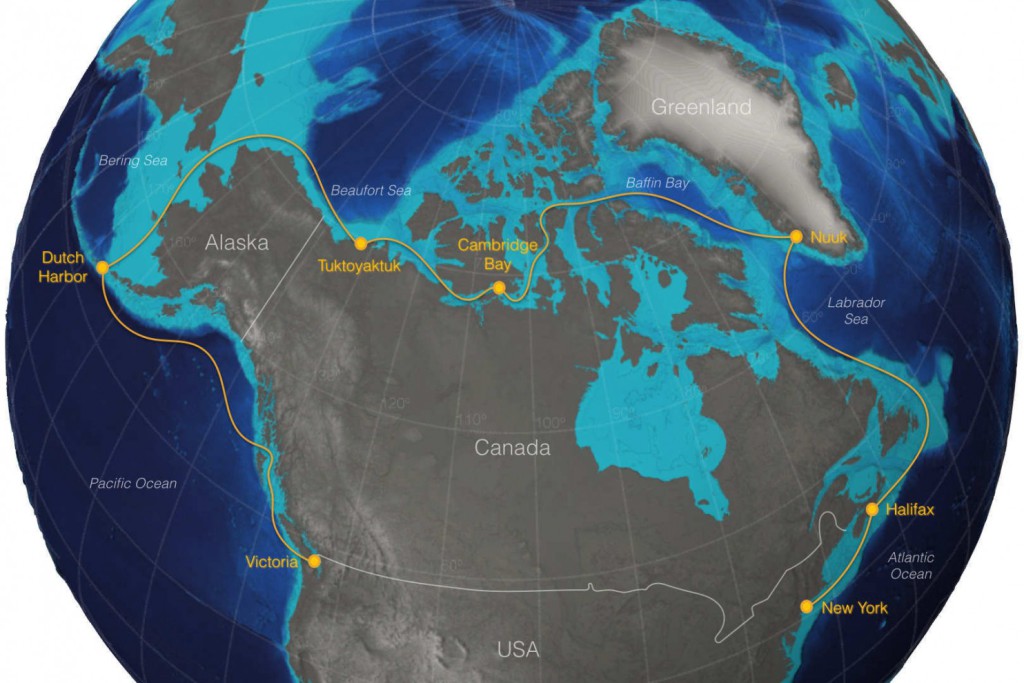