Please find the trailer of what seems to be a spectacular Arctic film called “Voyage au coeur des glaces (renamed Le Piège blanc) ” (At the heart of the ice) produced by Thierry Robert. The film should be broadcasted quite soon.

This film is a summary of an Arctic expedition achieved last year by two French adventurers Vincent Berthet et Alban Michon. During 2 months, they navigated 1000km in their kayaks along the icy fjords and icebergs of East Greenland at the level of Scoresby Sund. It’s in this region both did some diving under the ice. To view the below trailer and the rushes. This Polar film looks educative and at first sight impressive… 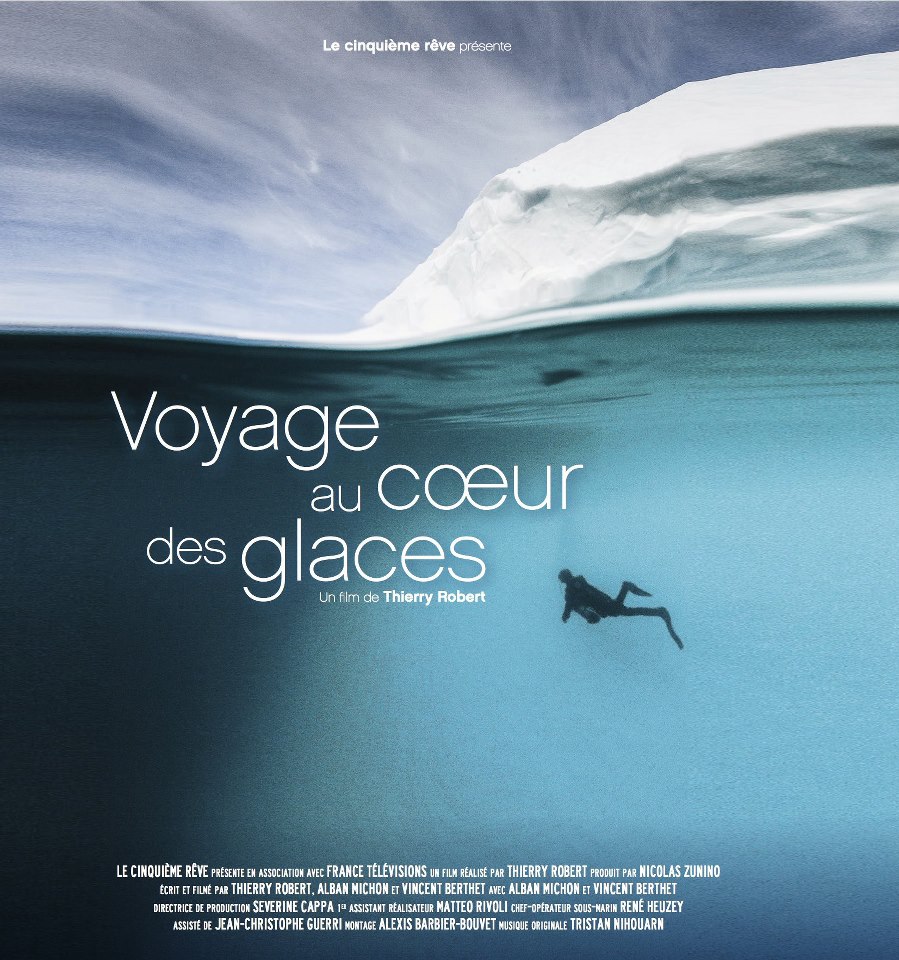 This film “Voyage au Cœur des Glaces” will be first presented at the International Adventure & Discovery Film Festival of Val d’Isère in France (17 édition) which will occur between the 22 – 25 April 2013.

Will be broadcasted on French Tv France 3 on this 3 of May 2013 at 20h45! Further info under their Facebook Fan Page Le Cinquième Rêve >>