In the below video posted by AsapScience on September 7, 2016, Bill Nye reveals that melting sea ice due to warmer weather affects the habitats of marine animals such as polar bears, seals and walruses because their natural habitats are literally disappearing right underneath them.

Bowhead whales and narwhals are also feeling the effects of melting ice. As the water becomes less dangerous to commercial ships, they’ re using seismic blasting to cover more territory looking for oil. This can also negatively impact marine wildlife in the Arctic Ocean. 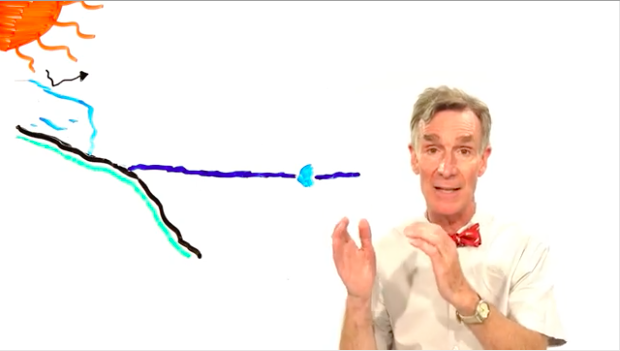 According to Bill Nye, if all the ice on Greenland and Antarctica melts, sea levels will rise significantly. In fact, they could rise to 70 meters (230 feet), which will mean the billions of people who currently live in coastal cities such as Tokyo, New York, Sao Paulo, Mumbai, Jakarta, Shanghai… will have to relocate.

A rising sea level of just 10 meters (+- 33 feet) would displace more than 630 million people, or 10 percent of the world’s population, according to the video. At 25 meters (82 feet), that would affect 1.4 billion people, or 25 percent of humanity. And at 70 meters, the rising sea levels would drown out most of the US eastern seaboard, much of the West Coast, the entire state of Florida and huge areas of Asia. It would also create a new inland sea in Australia…