Magdalena bay in Svalbard/Spitzbergen is certainly one of the most breathtaking alpine  mountains  and  glaciers landscape within the Arctic world!

We invite you to read this very interesting & educative below article published in the 13-27 of March 2015′ edition of Norwegian Svalbard newspaper “SvalbardPosten“! 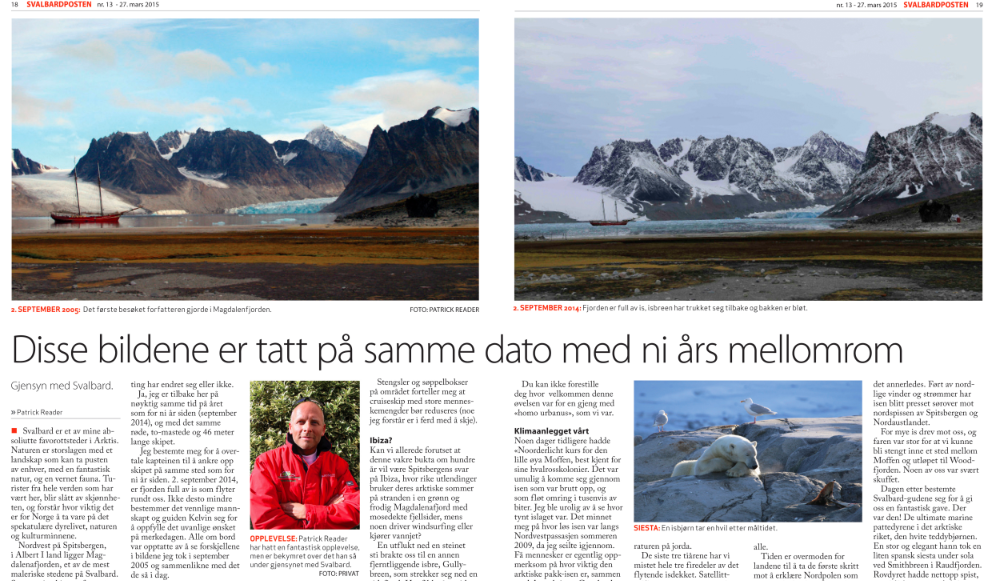