Louisiana Arctic exhibition is going on till February 2, 2014 at The Louisiana Museum of Modern Art in 3050 Humlebæk, Denmark . This exhibition is exploring the wonderful, fragile, frightening and powerful Arctic world . Arctic is a story about dreams, destiny, adventure and beauty. It is a tale of fear, fascination, desire, downfall, and survival in spite of everything. A quest for a location, real and imagined, that through the centuries has stirred up strong drives and emotions, fascinating and attracting artists, scientists, writers and adventurers alike. 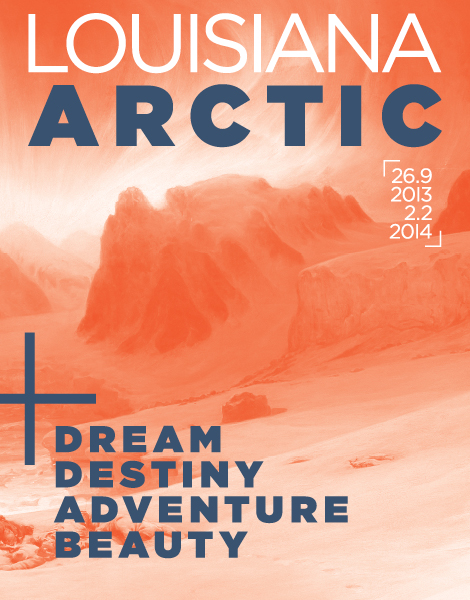 “… ARCTIC is science, heroic tales and visual art – reflected in longing, ideals and observation. In one of its many strands the exhibition tells the story of five of the heroes and their historic expeditions which in the course of 100 years has each in its own way written a very different chapter of the great epic of Conquest: the absurd story of Sir John Franklin (1786-1847), who disappeared without a trace; the elegant tale of Fridtjof Nansen (1861-1930); the fatal balloon voyage of Captain Salomon August Andrée (1854-1897); the almost parodic race for the Pole between Frederick Cook (1865-1940) and Robert Peary (1856-1920); and our very own sledge traveller, the beloved son of the landscape and its people, Knud Rasmussen (1879-1933)… further details >> “